"The battery separators market size was evaluated at $3.4 billion as of 2018, and the demand from the end-use industries is poised to catapult at a profitable CAGR of 11.6% during the forecast period 2019-2025."

With the trend of lithium-ion battery booming in the end-use industries, the players are also inclining their strategies in order to stay ahead of the curve and gain maximum battery separators market share in the global revenues. The battery separators market size was evaluated at $3.4 billion as of 2018, and the demand from the end-use industries is poised to catapult at a profitable CAGR of 11.6% during the forecast period 2019-2025. The report covers Battery Separators Market Size by battery type and by end-use industry, Battery Separators Market share by top 5 companies and also the market share by start-ups during the forecast period.”

APAC – The Most Lucrative Battery Separators Marketplace & Future Opportunities for the Players:

The increasing demand for battery separators conspicuously resonates with the surging import values to various countries in the parent industry.  Here are some factors that are responsible for the growing APAC battery separators market size –

The recent years have seen a radicle growth in APAC automotive industry. While China continues to be the largest automotive market, India is witnessing growth also in terms of electric vehicles owing to its Faster Adoption and Manufacturing of (Hybrid) and Electric Vehicles (FAME) scheme which was launched in 2015 with a vision of transforming the automotive industry and inclining it towards the ecofriendly trend in order to contribute towards the global trend of using clean energy products.

According to the International Trade Administration, China automotive industry experienced sales of 28 million units in 2015 with a year on year growth of 9% compared to 2015. Furthermore, the Chinese Central Government expects that China’s automobile productivity will reach 30 million units by 2020 and 35 million by 2025. While this will create a massive impact on APAC battery separators market. The fact that China is among the eight countries that are part of the International Energy Agency (IEA)’s Electric Vehicle Initiative (EVIs) will create prospects to prosper for players that are manufacturing separators for lithium-ion batteries.

Indian automotive industry is also witnessing growth, and FDI inflows in the automobile sector were evaluated at $20.85 billion between April 2000 and December 2018, according to India Brand Equity Foundation (IBEF). Furthermore, the International Council on Clean Transportation (ICCT) documents that components and outlays under Indian government’s FAME scheme translated to $5,350 million in FY 2016-17. This is going to create a demand influx in country’s lithium-ion battery market, and therefore, the state of art lithium-ion battery separators will gain propitious prominence.

According to the Edison Electric Institute’s statistical studies, Japan automotive industry witnessed a notable growth of around 23% year on year growth in terms of the sales of electric vehicle in 2018. This is driving a lucrative demand influx in the APAC battery separators market.

Apart from these countries, the year on year production growth in the automotive industries of Indonesia, Malaysia, and Thailand were noted to be 10.3%, 12.2%, and 9% respectively in 2018, according to the International Association of Motor Vehicles Manufacturers (OICA). This growth of the automotive industry in APAC countries is augmenting the battery separators market revenues.

It is a well-known fact that APAC countries such as China and Taiwan are giant producers of consumer electronic products, especially, mobile phones and tablets. Previously, batteries of these devices were separated by a ceramic separator. However, with the consumer electronics industry inclining towards lithium-ion batteries, the manufacturers are also opting for Polypropylene (PP) and Polyethylene (PE) battery separators. This battery separators market trend is going to witness further growth in APAC as almost all the electronic products will be equipped with lithium-ion battery.

According to the Global Systems of Mobile Communications (GSMA), the number of mobile subscribers are going to increase from 5.1 billion in 2018 to 5.8 billion in 2025. This is going to create an upsurge in the demand for mobile phones battery, which will create growth opportunities in the battery separators market. The nickel-based batteries that are used in mobile phones will create demand for the porous polyolefin films, nylon or cellophane battery separators. 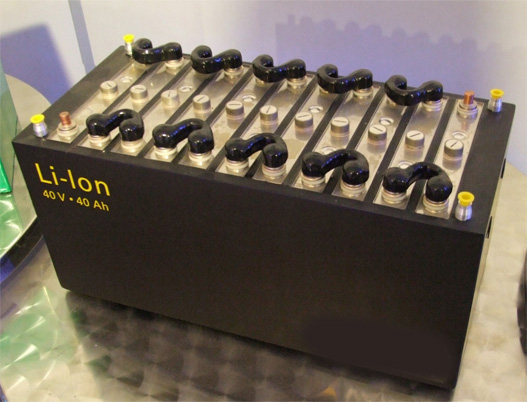