"Ionic Liquids Market revenue rested at around 26 million, which is expected to escalate at a healthy CAGR of 9.4% throughout the forecast period 2019-2025."

The declining fossil resources and concerning environmental degradation have given rise to the research and development for an alternative source of energy that can be renewed. The recent positive outcome of various such researches has yielded in the generation of biofuels that are constantly driving the transportation sector. The manufacturing of biofuels with the use of non-edible oil and algae is a path-breaking movement that is all set to bring impeccable opportunities to the ionic liquids market players. Ionic liquids coupled with Bligh and Dyer method were witnessed to be efficient for the extraction of the lipid from the algal biomass. This generation of biomass and oil have paved the way for the establishment of biofuels, which can be incorporated in different verticals to bring further innovation. The usage of ionic liquids is not limited to the production of biofuels, as constant R&D has resulted in various other discoveries in the field of batteries, pharmaceuticals, space technology, CO2 separation from biohydrogen, energy storage, and others. These revolutionary breakthroughs for a greener and better environment are all set to create a demand influx in the ionic liquids market. As of 2018, Ionic Liquids Market revenue rested at around 26 million, which is expected to escalate at a healthy CAGR of 9.4% throughout the forecast period 2019-2025. The report covers Ionic Liquids Market Size by application and geography, Ionic Liquids Market share by top 5 companies and also the market share by start-ups during the forecast period.

Apart from the many usages that implement ionic liquids, the recent findings regarding this liquid salt in the field of battery manufacturing are going to take the ionic liquids market to the next level. Earlier, organic solvent-based electrolytes were incompatible with next-generation energy storage. Thus, there was a constant effort to bring a solution to it. The increase in the investigation related to ionic liquids, solid-state electrolytes, and polymers have resulted in the discovery of innovative electrolytes, which are based on polymers and ionic liquids for next-generation solid-state batteries. The global battery market is booming, and it collected a revenue avenue of around $115.62 billion in 2018, which is evaluated to escalate at a healthy CAGR of 8.21% during the forecast period 2019-2025.

Identified for its lesser toxicity level and relatively no vapor pressure properties, ionic liquids are often titled as green solvents. These exciting properties of ionic liquids are making it one of the most wanted components amidst the business leaders. North American countries have been emerging with unique implementation ideas regarding this chemical compound in various industries, and thus, the continent has bagged the largest ionic liquid market share of around 35% amongst the other global opportunities.

Since the advent of space technology in 1950, the aerospace industry has been leading in terms of technological inventions. Ionic Liquids have successfully penetrated the aeronautical technology field and is benefiting the end-users of this industry. Have repeated researches made the scientists proceed with boranophosphate ionic liquids and azide functionalized ILs as hypergolic fuels, used in a rocket engine that instantly inflames when coming in contact with each other? To replace toxic hydrazine derivatives, previously used as propellant fuels, developers have recently substituted it with hypergolic ionic liquids (HILs), containing boranophosphate ion and azide functionalized cation based ILs. The National Aeronautics and Space Administration (NASA) is going to launch its second assemblage of astronauts in Expedition 60 program in July 2019, and with this new hypergolic fuel invention, the aerospace industry is going to see tremendous growth, driving the ionic liquids market further.

The exhaustion of natural energy reserves has lead countries to store and utilize solar, wind and other forms of energies. Ionic liquids have the potential of transferring and storing solar thermal energy systems. It is also used as a lubricating additive for wind turbines. The US wind industry recently added 841 megawatts wind capacity in 2019, while almost 7,588 megawatts was already installed in 2018. Over 56,600 wind turbines with a merged capacity of 97,223 megawatts are functioning in 41 states.

On the other hand, the solar industry of the US has more than 260,000 employers. Furthermore, Mexico has 951 megawatts geothermal power, the world's sixth-largest installed capacity. Analysis of International Renewable Energy Agency observes that Mexico will soon reach 4.5 gigawatts of capacity by 2030. These striking statistics are evincing the flourishment of ionic liquids market in the next years.

The principal application of ionic liquids in diverse areas is found as solvents and catalysis agents. Recent advancements show that ionic liquids are being considered as solvents in nuclear waste reprocessing. As per the reports of the United States Nuclear Regulatory Commission (U.S.NRC), approximately 5.05 million cubic feet and 57 thousand curies of low-level radioactive waste were disposed of in 2017. This unprecedented invention of ILs in nuclear waste reprocessing is going to make the world pollution freed for the forthcoming ages.

Moreover, ionic liquids are often used as solvents for cellulose due to their polar organic properties. Cellulose market revenue is predicted to reach $965 million by 2023 and is evaluated to increase at a CAGR of 5.1% during the timeframe of 2018-2023. This data is evidencing enough of the expanding cellulose industry, which is further elevating the ionic liquids market. The practice of ionic liquids as solvents and catalysis agents is expected to grow at a CAGR of 7.2% through to 2025.

The ionic liquid being nonvolatile are good candidates for replacing volatile organic compounds. Henceforth, they are paving the way into various industrial applications. Here are such innovations that are driving the increasing ionic liquids market size –

WEEE is becoming a potential threat to the environment for its intrinsic toxicity and heterogeneity. Current achievements by the examinations have led to the restoration of metals, from WEEE by using unconventional solvents based on ionic liquids. This advantage of ILs is going to draw the attention of the market players; hence, ionic liquids market will grow further.

Several ferrocenes tethered ionic liquids were incorporated by various chemical compounds to screen for anticancer activity against human breast cancer cell. The research results highlight that several ILs showed notable anticancer activity. As per the reports of the World Cancer Research Fund (WCRF), 2 million new cases of breast cancer were filed in 2018 across the world. This ionic liquids exhibition is going to bring further innovations in pharmaceutical fields revolving around breast cancer. So, ionic liquids market is going to flourish and give fruitful returns to the business leaders.

The rising temperature curve across the globe have made the government take initiatives to limit CO2. After various tests and filtration processes, scientists have come up with a solution for CO2 removal. Impregnated adsorbent activated carbon-ionic liquid is capable of separating H2 and CO2 from biohydrogen and also to remove CO2. This property of ILs is going to work wonders in bringing change to the climatic disorder, which will directly help in the growth of the ionic liquids market.

Innovations by Ioniqa Technologies have used ILs as solvents and catalysts for the glycosis method of polyester into BHET (glycosis product of PET waste). This, polyester recycling, is a revolution for the world. The recycled plastic market achieved a valuation of $39,623 million in 2018 and is poised to observe increment of 6.5% CAGR during the forecast period 2019-2025. Hence, the demand for recycling plastic is going to expand the ionic liquids market. 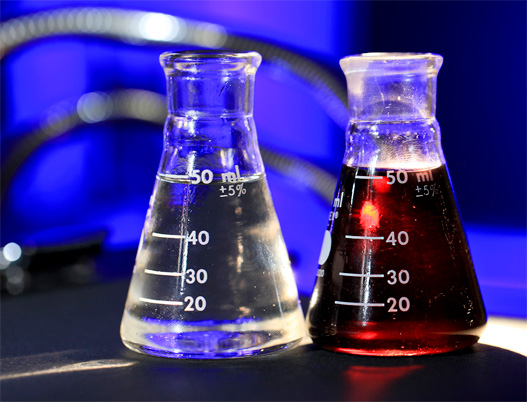